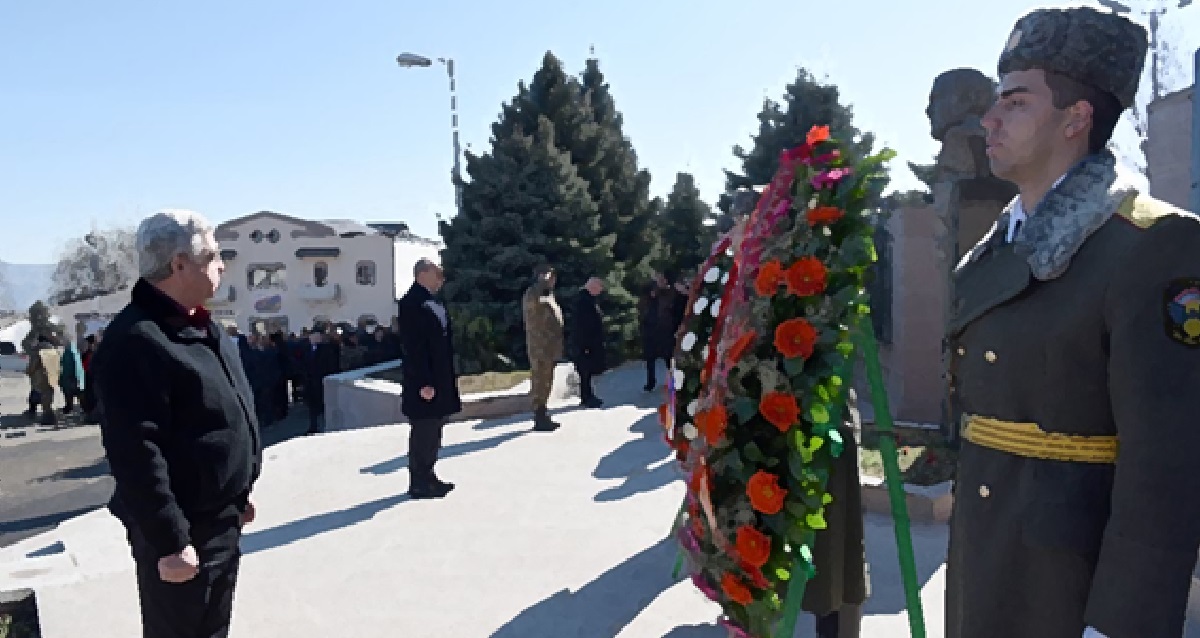 On 05 March, the 60th birthday of former military commander and defence minister of Armenia, Vazgen Sargsyan, was commemorated. The event took place in presence of President Bako Sahakyan at a motorised infantry base that bears the late commander’s name in Nagorno Karabakh.

During the event, President Sahakyan expressed his thoughts stating that Sargsyan’s legacy and efforts in founding the armed forces are highly appreciated and valued.

Participating in the ceremony were high-ranking government officials, family members of Vazgen Sargsyan, comrades-in-arms as well as leaders of local organisations. A notable guest at the event was former Armenian president  ousted from power last year, Serj Sargsyan (with no relation to the commander). Similar commemoration events took place in Yerevan, where Sargsyan was buried.

Official photos from the event

Vazgen Sargsyan, also known as Sparapet, an ancient noble military title in Armenia, gained fame during the early stages of the Karabakh war in the 1990s, particularly for his participation and formation of armed military units who later came to form the backbone of the Armenian Armed Forces. During the latter part of the war and until his assassination on 27 October 1999, he became the most powerful person in Armenia having total de facto control over the military and political life, being considered by many an eminence grise.