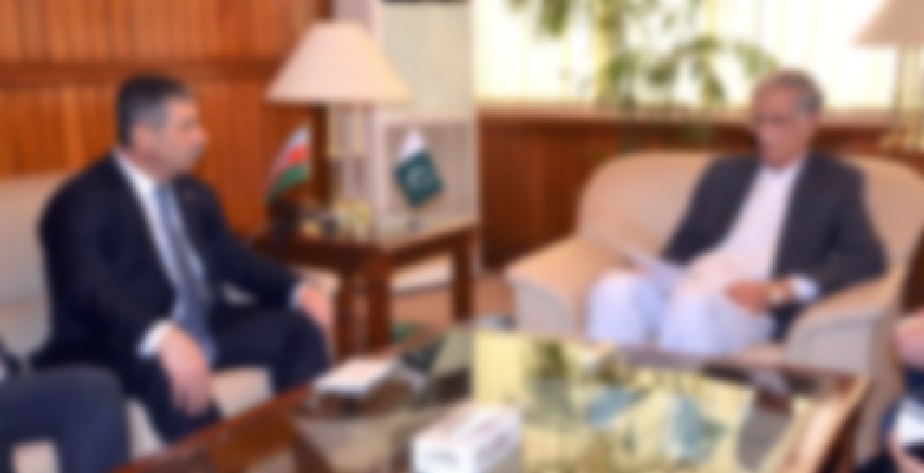 From 21-23 March, Azeri Defence Minister Zakir Hasanov paid an official visit to Pakistan, where he met up with his counterpart Pervez Khattak.  During the meeting, the two sides discussed developing further ties, particularly in the military-defence field. The event was initially made public during a meeting between Azerbaijan’s Ambassador to Pakistan, Ali Alizade and Pakistan’s Defence Minister Khattak on 13 March 2019.

The two sides also discussed the Nagorno Karabakh issue, with Defence Minister Hasanov stating that both sides support each other in international forums, Hasanov also met up with Pakistan’s President Arif Alvi, who furthered talks and discussed a broad range of issues. In an official statement, Pakistan’s President Alvi stated:

the bilateral relations of Pakistan and Azerbaijan are marked by continuity and that the two brotherly countries have always stood by each other. He also highlighted that the frequent military trainings between the armed forces of the two nations have served as an immense source of learning.

Among other events during the official visit,  Defence Minister Hasanov meet with Pakistan’s Chairman of the Joint Chiefs of Staff Committee, Zubair Hayat, who had visited Azerbaijan back in 2017, along with the Chief of Army Staff Qamar Bajwa.  A small contingent of Azeri troops also participated alongside their Pakistani counterparts in a military parade during the latter’s Republic Day celebrations.

This official visit was portrayed with the utmost importance on the Azeri Defence Ministry’s official webpage, which published five articles on different events during the meeting within two days. The two countries are strong allies, with each one officially defending the other’s regional grievances, Nagorno Karabakh for the Azeri side and the Jammu and Kashmir issue for Pakistan.

Official photos from the events