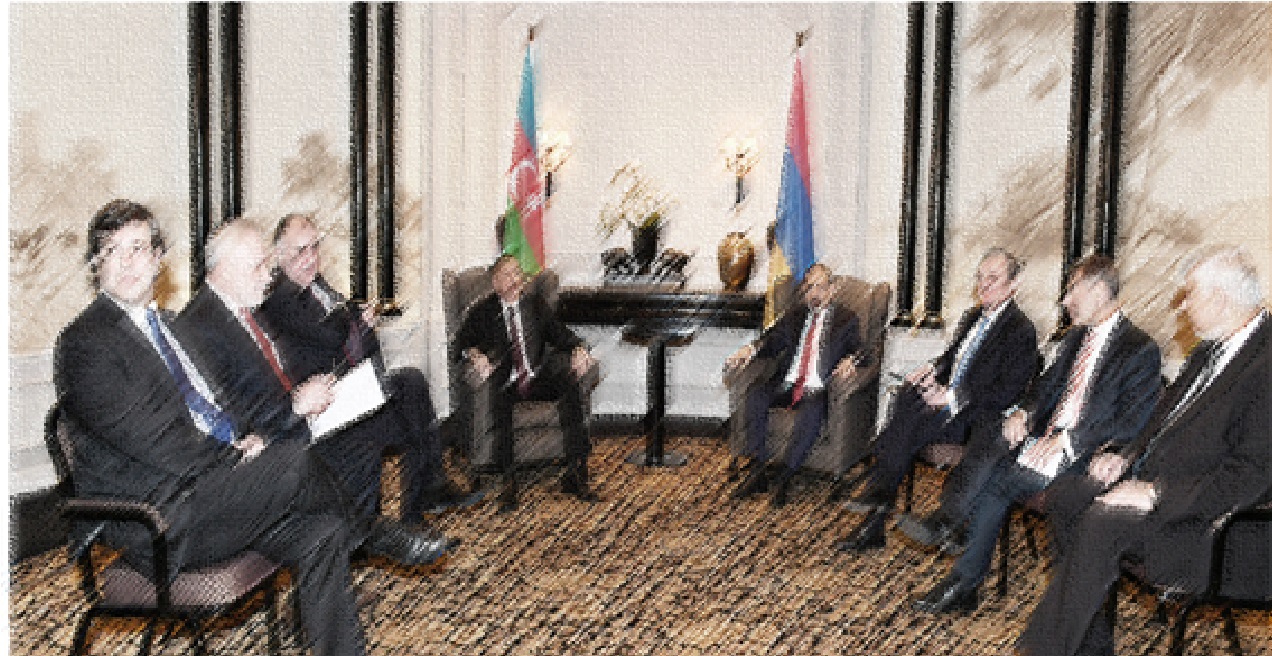 On 29 March, the Heads of state of Azerbaijan and Armenia, Ilham Aliyev and Nikol Pashinyan respectively,  meet for their first official meeting in Vienna under the auspices of the Organisation for Security and Co-operation in Europe (OSCE) organised by the Minsk  Group Co-Chairs Igor Papov, Andrew Schofer and Stéphane Visconti.  Both leaders were accompanies by their Foreign ministers and a delegation of other high-ranking officials.

In an official publication, the press centre of the Azeri president made no mention of details in its first official notification of the event, stating that the event had taken place to “discuss a solution to the conflict.

While the Armenian prime minister’s press office reported in two different statements more in detail of the event. An initial meeting took place between the two leaders, accompanied by their Foreign ministers and the Co-Chairs of the OSCE, after which, Pashinyan and Aliyev had a one-on-one meeting to further discuss issues. According to Armenian government reports:

During the meeting In a constructive atmosphere  Nikol Pashinyan and Ilham Aliyev brought forth agreements made in Dushambe [during their second meeting in October 2018 in Tajikistan], gave importance to implementing steps for strengthening the ceasefire [agreement] and improve [means of] direct communication. The two interlocutors  stressed the need for a favourable atmosphere for the negotiation process and the importance of making tangible steps in order to reach a peaceful settlement for the conflict. An agreement was reached to implement a series of humanitarian acts.

According to an official publication by the OSCE Minsk Group:

The meeting took place in a positive and constructive atmosphere and provided an opportunity for the two leaders to clarify their respective positions.  They exchanged views about several key issues of the settlement process and ideas of substance.

Official footage from the event

The OSCE statement  express that both Ilham Aliyev and Nikol Pashinyan had given importance to confidence-building measures aimed at further tangible steps for the negotiation process and a peaceful solution for the conflict.

This comes at a time of increased tension along the line-of-contact between the de facto Nagorno Karabakh and Azerbaijan, with the latter reporting the death of a serviceman in a rare official publication. The following day a border skirmish between the two sides took place on the Armenia-Azerbaijan border, with no reported losses.

This was the fifth meeting between the two leaders, with previous ones being non-formal meetings within the framework of other events. The previous non-official meetings took place in Moscow, Dushambe, St Petersburg and Davos.