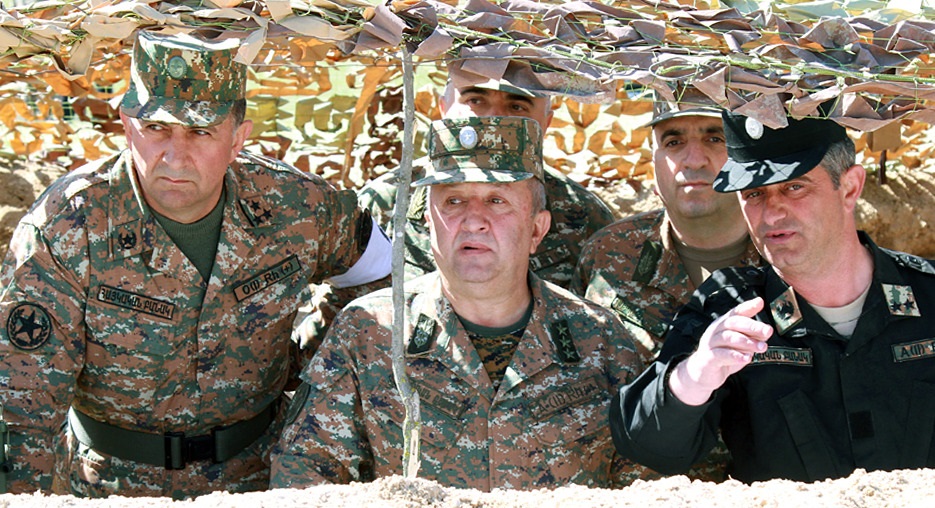 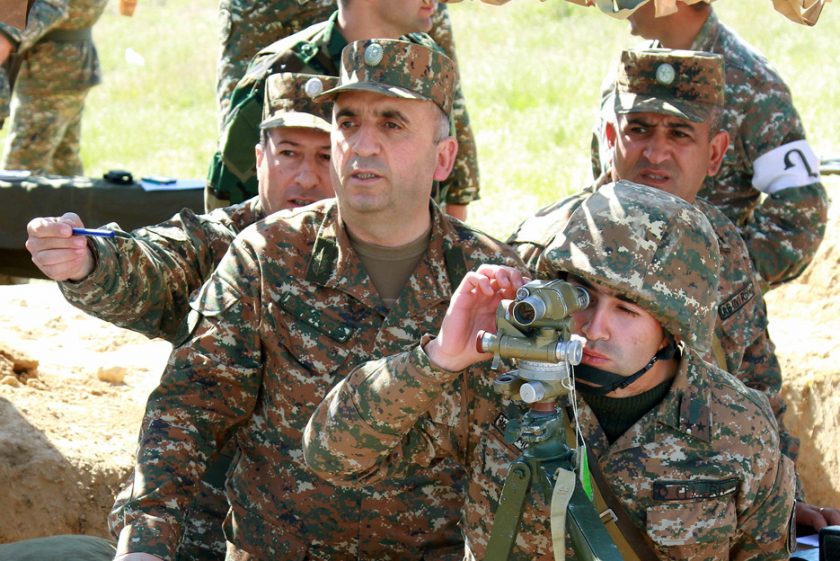 Leading the events was Maj Gen Karen Abrahamyan, defence minister and commander of the Nagorno Karabakh military, his predecessor and now high-level official Gen Movses Hakobyan, along with other  officials

According to official reports, during the events, live-fire rounds were used with the participation of T-72 tanks, BMP armoured personnel carriers and  MT-LB multi-purpose armoured vehicles, some of the most common armament types in the arsenals of both armed forces. The latter carried out their combat  simulations in close co-ordination with artillery units.

Such exercises, although common in Armenia proper, are less common on such a scale in Nagorno Karabakh. Officials stated that the events are aimed at boosting combat-readiness, and provide an ideal simulation scenario for “defence and counter-offensive combat” operations.

Official photos from the event