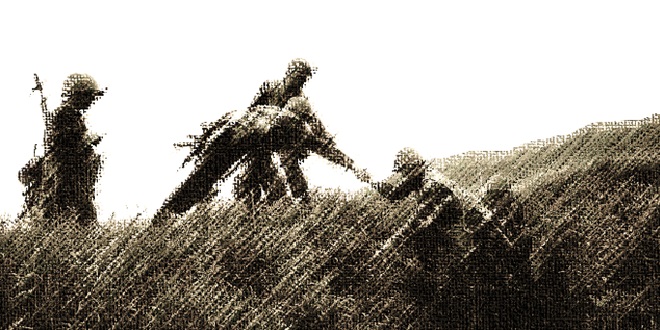 The ceasefire of 1994 was a turning point in the conflict over Nagorno Karabakh. After years of war, a trilateral ceasefire agreement was signed between the interested parties by the Ministers of Defence of Armenia, Azerbaijan and Nagorno Karabakh.

During the first months of 1994,  major clashes took place on the northern front along the Mrav mountain range, without any significant changes of military positions.  On 12 May 1994, the above-mentioned trilateral ceasefire agreement was signed, bringing an end to large-scale clashes.  The initiative was organised by Moscow and took place in the Kirghiz capital of Bishkek.

After the signing of the ceasefire several significant incidents of violations took place in Nakhichevan (July 1994) and Nagorno Karabakh (October 1994), which put on hold Moscow-sponsored negotiations until 19 November 1994, which resulted in a six-month ceasefire agreement. Later that year in December in Budapest, Hungry during the Budapest Summit another agreement was signed within the framework of the OSCE.

As seen hitherto, the ceasefire agreement comes to halt large-scale military operations, however the sides that participated in the conflict in the early 1990’s have yet to sign a lasting peace agreement. Ceasefire violations and border skirmishes have become an almost daily occurrence since the early 2000’s, particularly after the death of Azeri president Heydar Aliyev in 2003 and the end of Armenian president’s 2008 mandate. 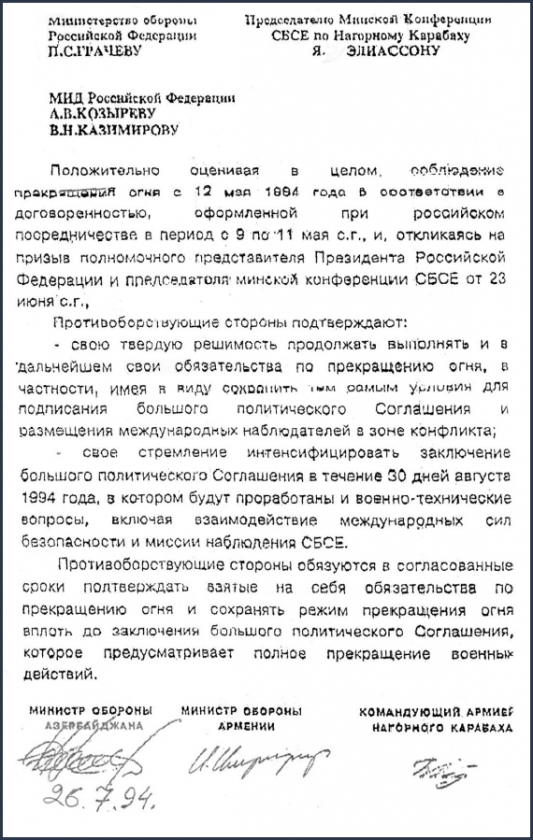