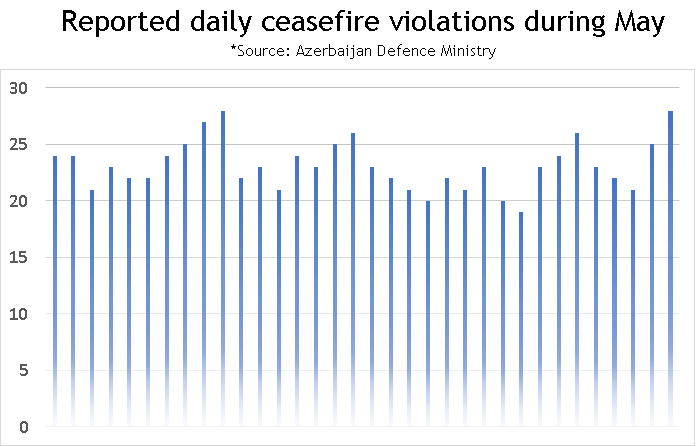 Authorites in Stepanakert revealed their registered ceasefire violation reports, according to which this past week saw an upsurge of 220 violations, with 3500 recorded shots, bringing a daily average to around 500 violations per day. Also mentioned in this latest report, was that on 01 June (the day Azeri military authorities announced the death of officer Agil Omarov) around 2350 shots were registered, consisting of mainly sniper and heavy machine-gun fire. As a result, Armenian serviceman Sipan Melkonyan was killed by cross-border fire. 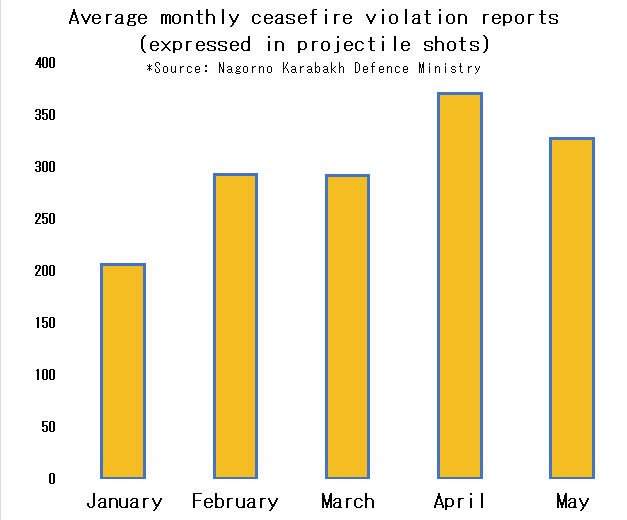 Ceasefire violation reports continue to show discrepancies, with those reported by the Azeri authorities showing far less violations from the Armenian side.