Units of the Azeri Armed Forces took part in a series of drills consisting of physical tests, live-fire drills and other tactical exercises, including with military vehicles. Little details on the drills were made available, but the drills were headed by officers of the mentioned units.

Map of the military base with latest drills 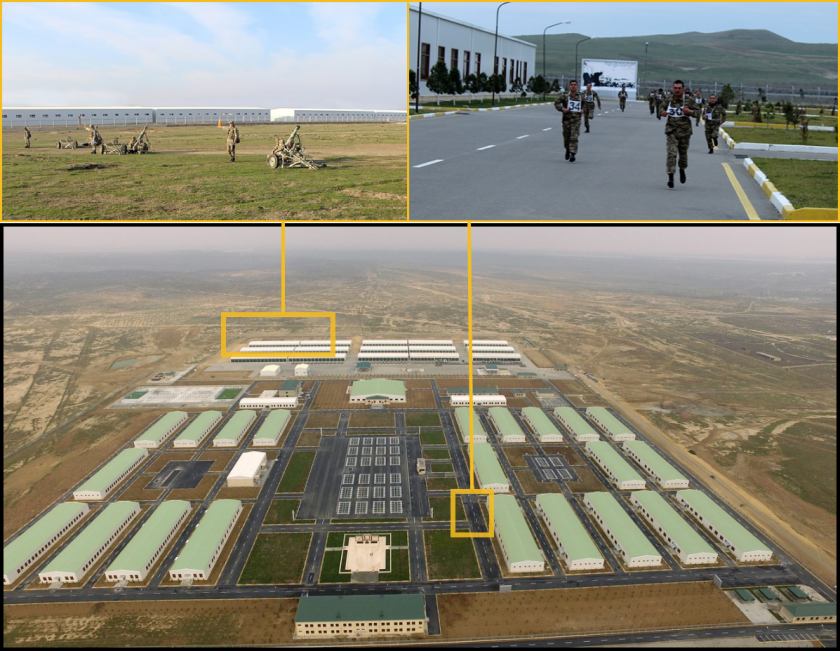 The event took place at a famous military base at Perekeshkul, around 30 km northwest of the capital Baku, known to house Israeli Lora and Belarussian Polonez missile systems , as well as other important defence hardware on occasions. Construction on the base started in 2014 and concluded in late 2016, in January 2017, Azeri president, Ilham Aliyev, officially inaugurated the base, also known as a “small military city”, occupying a total of 42 hectares.