In: Armenia-Azerbaijan, Military training and exercises

Between 2-6 March, large-scale military drills are being carried out in Azerbaijan involving units form all branches of the armed forces. Emphasis in this years official initial statement was put on high-technology military equipment being used during the drills, particularly for remote operations management.

Media reports showed armoured and heavy artillery units deploying for the drills earlier on 2 March from a major military base near the Mingechevir reservoir; the units included 152mm towable artillery guns, and their self-propelled variants the S23 Akatsya along with other armoured personnel carriers (APC). While units from another base just outside Baku were also deployed , which included BTR APCs, T-72 and T-90 tanks, as well as other vehicles. Aircraft also participated in the drills, including MiG-29 fighters most likely from the Nasosni airbase, Su-25 from the Kurdemir airbase, as well as Mi-35 combat and Mi-8 transport helicopters. 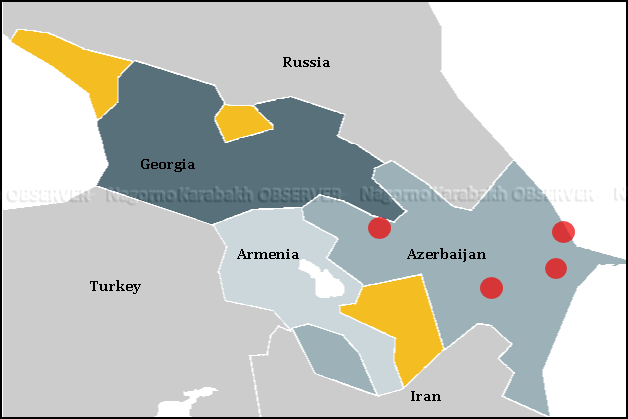 A similar event took place last year at around the same time, from 11-15 March, involving around 10,000 servicemen and 500 armoured vehicles, this year however, no precise numbers were made public by defence authorities.