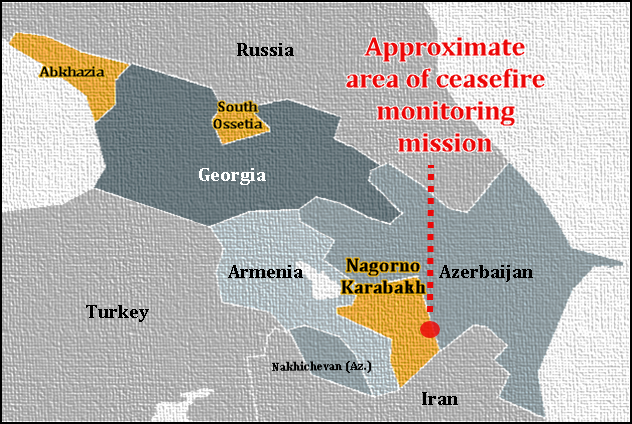 The NK Foreign ministry stated that the monitoring mission on their side was conducted by Minsk Group Field Assistants Martin Schuster (Germany) and Mihail Olaru (Moldova). While on the Azeri side,  OSCE representatives Simon Tiller (Great Britain) and Ghenadie Petrica (Germany) participated in the monitoring.

Azeri Defence officials stated that the incident took place without any major incidents and according to plans.