In: Analysis, Nagorno Karabakh, Only Armenia, Only Azerbaijan

Amateur footage from 15 December suggests ethnic Armenian prisoners of war (either servicemen from de facto Karabakh or Armenia) were executed by Azeri troops execution-style at an unspecified location and time, most likely during the 2020 Nagorno Karabakh war.

Two separate videos were shared by a pro-Azeri user on Telegram, one showing the POWs sitting down with their hands behind their back, while the other one showed similarily-dressed Armenian/Karabakhi serviceman lying on the ground being shot at.

A total of 12 POWs are seen in first video, during which one can hear profanity in the Azeri-Turkish language, with one subsequently saying “…we need to shoot all [of them] one-by-one,” towards the end (1).

The Second video (also found here) is very grainy, but around 9 bodies are seen on the ground. The terrain in the second video resembles that of first, black hats worn by the POWs are similar in both,  uniforms are of the same camoflauge pattern, and a black sweater under one of the unforms worn by a POW in the first video is  similar to that in the second video.

Given the above-mentioned, NK Observer experts conclude that the 2 videos are connected, with the second appearing to show the same POWs as in the first video already executed by Azeri troops. 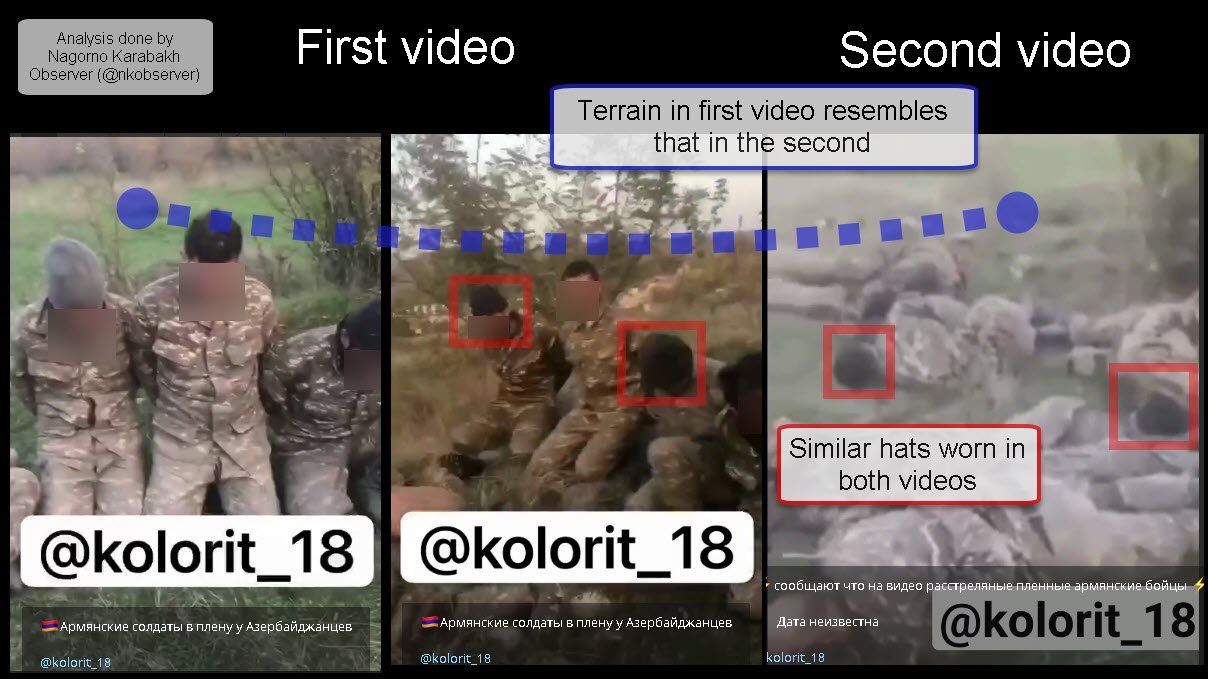