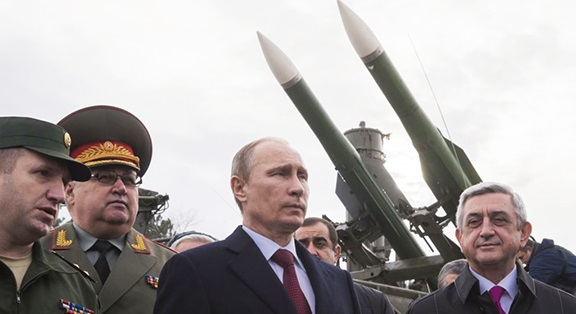 Since late November of 2016, there has been much talk about whether or not creating a joint Russian-Armenian military unit would be viable. As of today, 19 July 2017, the Armenian Government has given its positive feedback regarding the deal, essentially waiting for Parliament to endorse it.

Some have criticized this deal, stating that it was a one-sided Russian act of pressure towards Armenia within a bigger and long-term plan to take control over the country.

Nonetheless, the decision now only waits for lawmakers to vote on, which very possibly (as the majority in Parliament is the current Government’s party) will vote for the act.

The aim is the create a joint Russian-Armenian military unit using troops from the Russian 102nd Russian base in Gyumri and the Armenian 5th Army Corps. The new military unit will be put under the joint command of the Russian and Armenian Armed Forces Chiefs of Staff.