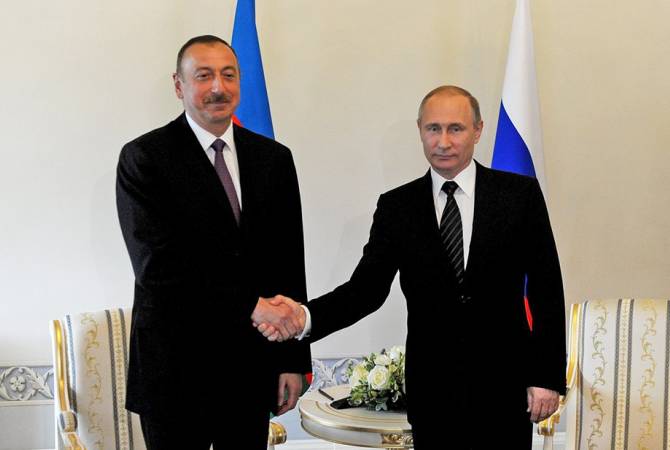 Aliyev and Putin meet in Russia

Among the issues the two will discuss is the status on the delimitation of the Caspian Sea basin between the two countries, as well as the land border between the two, which continues to divide the local Lezgin population. Another issue brought up for discussion is the environmental one on the border region, which according to Arif Kerimov, the Chairman of Russia-based Federal Lezgi National and Cultural Autonomy organisation, has led to the destruction of local forests by four-fold in recent decades.

With regards to the border delimitation, the issue of two former Lezgi enclaves in Azerbaijan will also be discussed, specificially the villages of Urakhuba and Uryanuba. 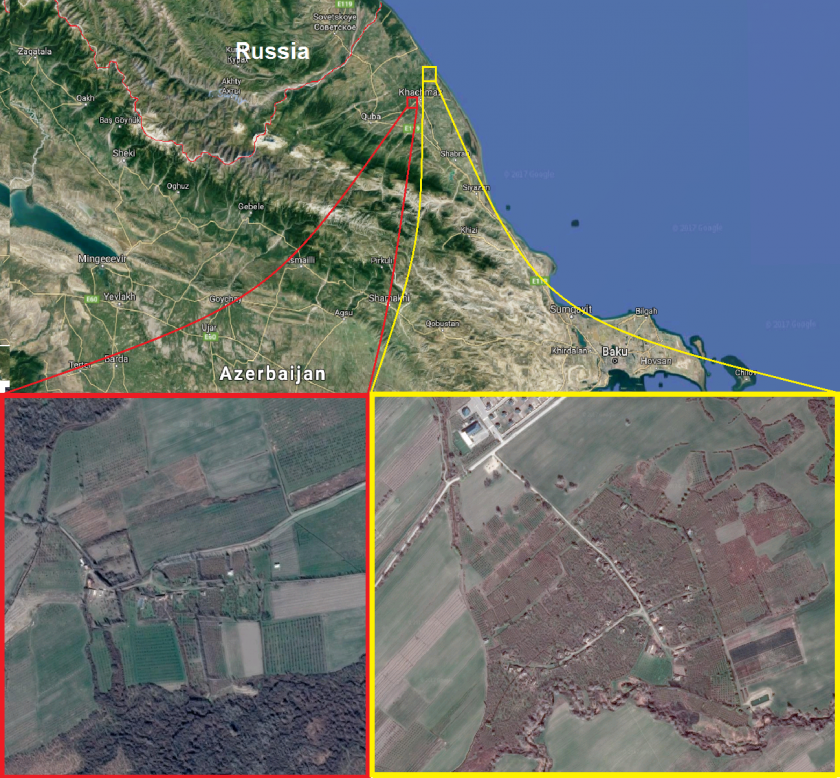 Pictured above are the two Lezgi enclaves in the Khachmaz region of Azerbaijan, , Uryanuba (right) and Uryanuba(left)

Other important issues to be discussed will be those relating to Nagorno Karabakh and energy security links with the European Union. This latest development has caused certain disagreements between the two governments, as Russian energy exports through the Turkish Stream Pipeline come to compete with Azerbaijan’s forecasts for its own exports.

News of this meeting was not made public beforehand.