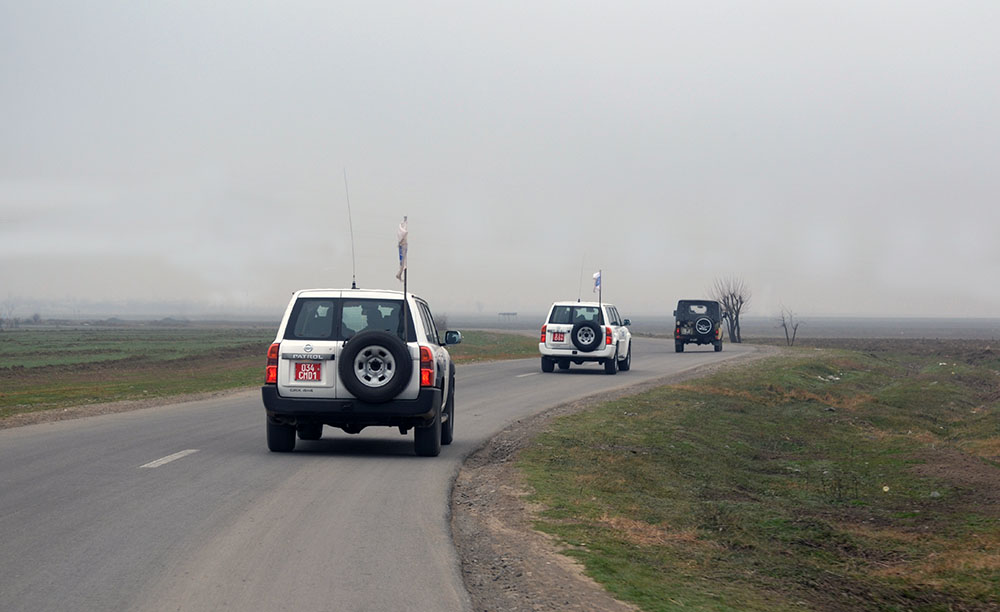 On 27 February, the OSCE conducted its third ceasefire monitoring mission of this year at military positions near the line of contact. This monitoring mission was conducted further south of the one conducted on 13 February; this time it took place near the cities of Aghdam, on Nagorno Karabakh’s side, and Barda, on Azerbaijan’s side.

According to the Azeri Defence Ministry, the monitoring mission “took place without any incidents”. Participating in the events were the OSCE representatives Ghenadie Petrica, Simon Tiller and Ognjen Jovic on the Karabakhi side, while on the Azeri side was Mihail Olaru accompanied by Martin Schuster. The same individuals conducted the previous two monitoring missions.