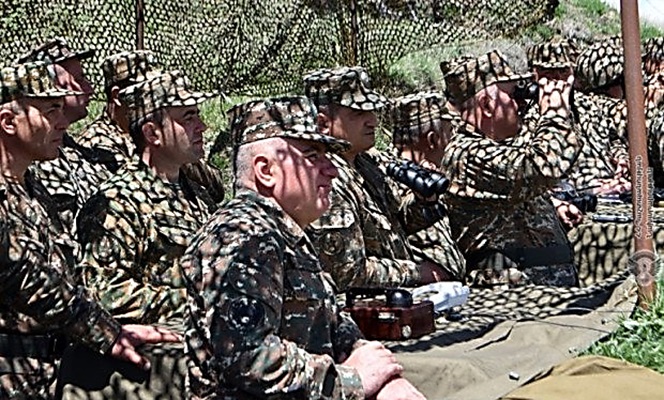 During continuing military exercises, the Nagorno Karabakh  Ministry of Defence revealed a second round of live-fire exercises at an undisclosed training ground and shooting range. Military units from the 4th Army Corps consisting of infantry commenced the drills on 17 May, aimed at testing their combat readiness and furthering their skills.

The news stated that offence operation drills were conducted in mountainous terrain, with simulations capturing mountaintop fire points and their defence until the arrival of new forces.

Photos of the event as provided by the military authorities

No further comments were made on the event, with a limited amount of photos published to the public. In recent times, military authorities have published less information on military exercises, which according to supplementary sources have increased in frequency. Often, high-technology equipment is said to be tested out during these drills, within the framework of co-operation agreements with local arms firms.