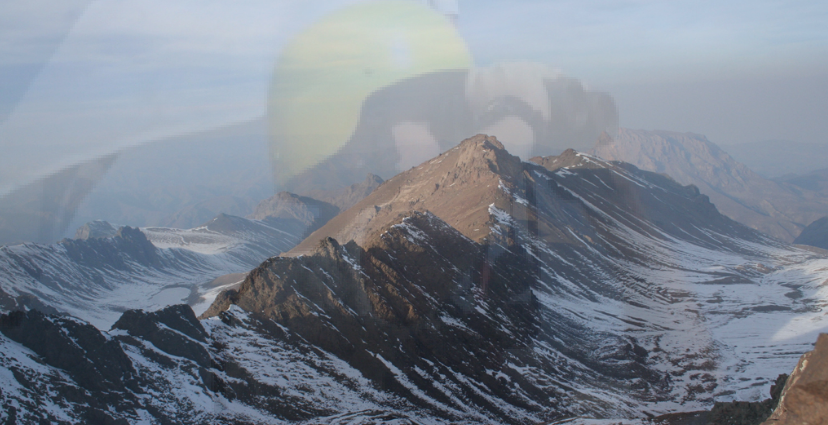 Today a ceasefire monitoring mission was conducted by the Organisation for Security and Cooperation in Europe (OSCE)  on the northern segment of the line-of-contact between Azerbaijan and Nagorno Karabakh (NK), near the Omar Pass. 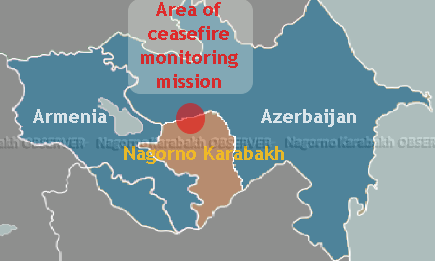 The NK Foreign ministry in a press release stated that OSCE representatives conducting the monitoring on the Armenian side were the OSCE’s Personal Representative of the Chairperson-in-office Andrzej Ksprzyk and representatives Ghenadie Petrica (Moldova) and Simon Tiller (UK). 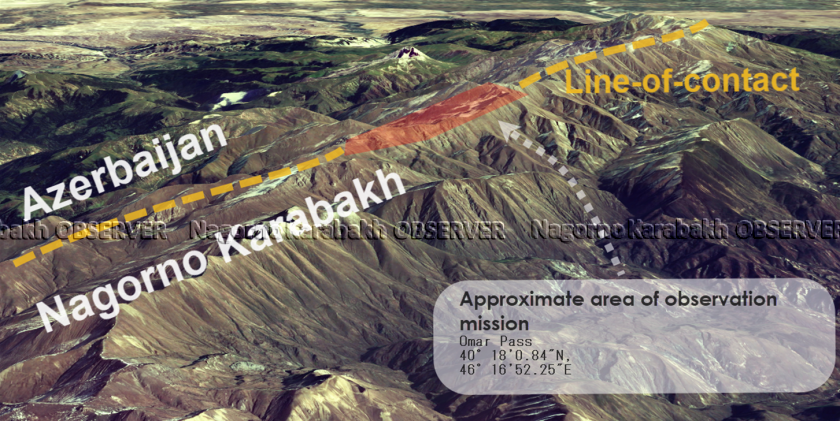 On the Azeri side, OSCE representatives Mihail Olaru (Moldova) and Martin Schuster (Germany) carried out the monitoring. According to Azeri Defence officials, the monitoring on their side took place as planned in the Göygöl district.

This is the fifth time the OSCE has officially conducted a ceasefire monitoring mission at this location in the last five years. This years OSCE monitoring missions have so far reached a total of 15, with the latter being in the Hadrut region in southern Nagorno Karabakh.

The Omar Pass was of significant strategic importance for both sides in the conflict, it remains the only mountain pass going through the mountain range rising over 3,000 metres above sea level in the area. It came under Armenian control as a result of the 1993 offensive.