Recent changes on the border between Armenia and Azerbaijan bring to light a new development. Between December 2018 and April 2018, military positions from both sides were extended, in one case apparently into Georgian territory,  and modified highlighting the ongoing tension between the two states. 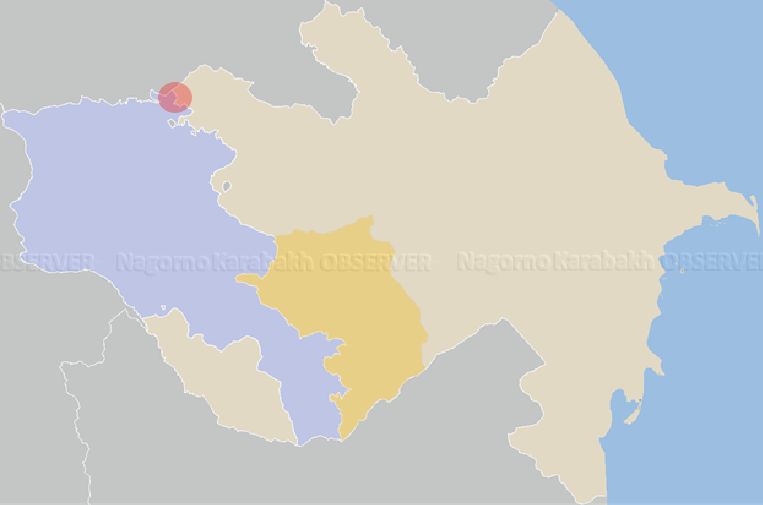 While Azerbaijan has several new roads leading up to a major military position atop a 690 metre hill, Armenia gained the advantage of having a major highway running into Azerbaijan in sight, around 6,5 km away. These new modifications brought the positions of both sides closer together, to 450 metres at its closest point as opposed to the 1,7 km previously. 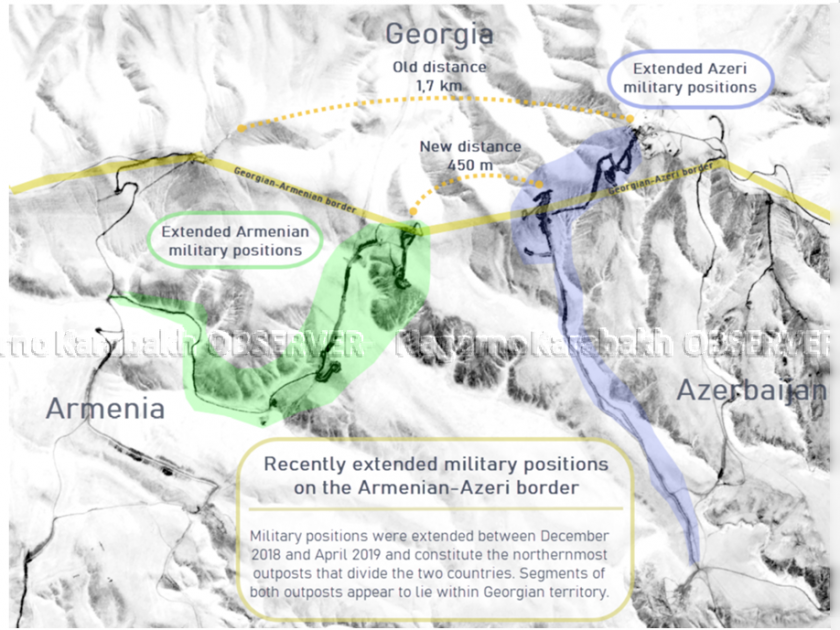 On another segment just 3 km from the above-mentioned area, further modifications of military positions occurred. While Armenia made no major no qualitative changes to its military positions, unofficial sources have hinted at qualitative changes to outposts in the area (i.e. observation and undisclosed security measures). Azerbaijan on its behalf extended its reach on the border, building almost 2 km of suitable roads to link military outposts. Additionally, a new outpost was built.

The new changes did not bring military positions closer together as in the above-mentioned case, however, they do highlight the willingness of both sides to further entrench their positions on these areas of the internationally-recognised border. 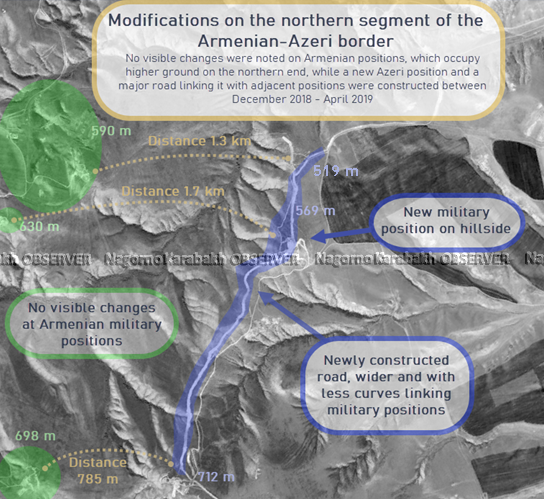